A 3-metre by 7- metre pile of earth left after the excavation of a running track around the school field
became the basis for the construction of a 15 metre long ship which was designed as both a play feature, but also commemorating Sunderlands’ shipbuilding heritage. It contains a cubic metre of concrete, 20 tonnes of earth and 260 breeze blocks. The name ‘Barbary Coast’ was chosen in a school competition. The ship was ‘launched’ by the Mayor of Sunderland in 2017. 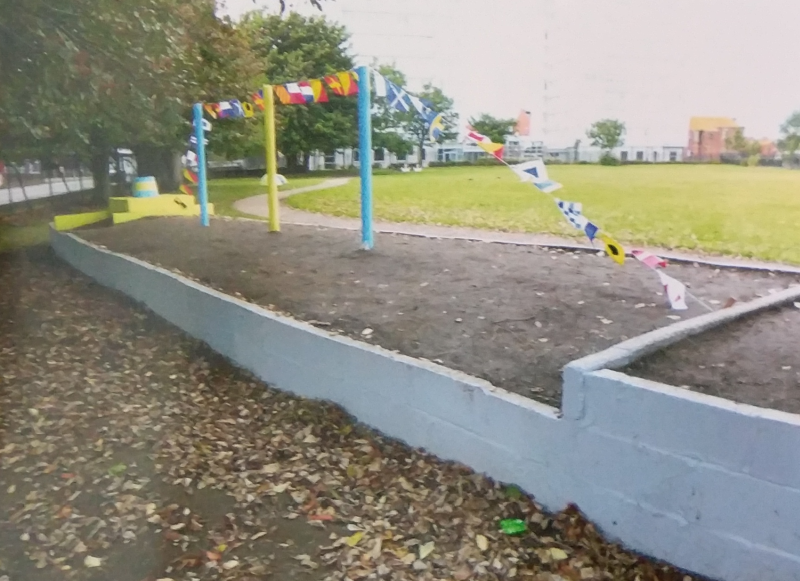 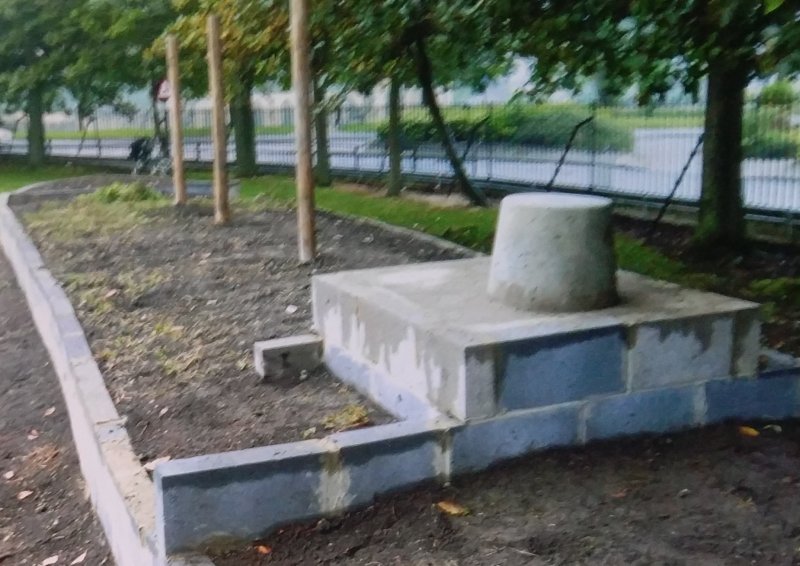 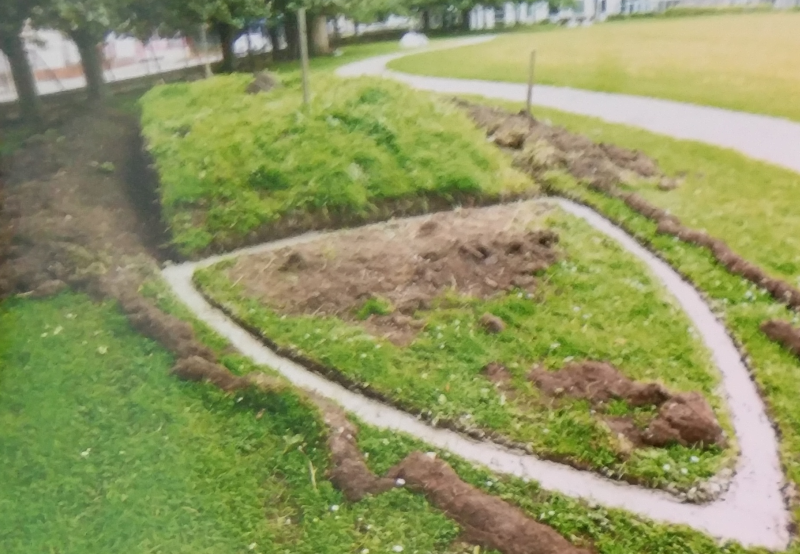 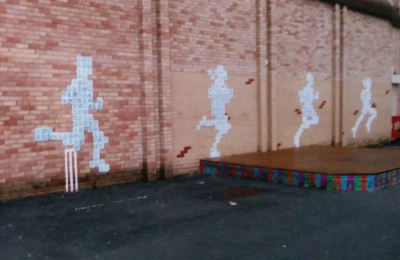 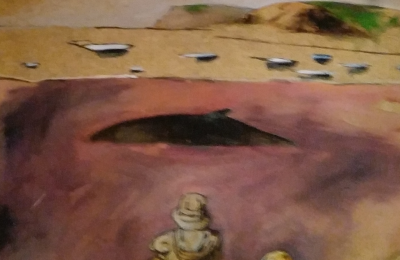 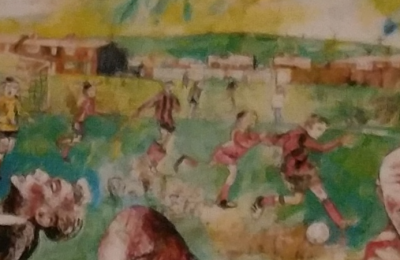 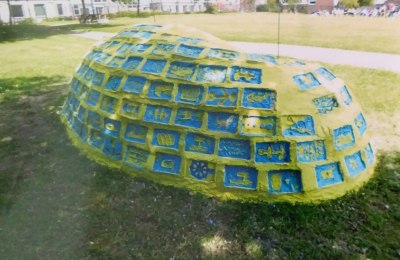